Artwork for a song 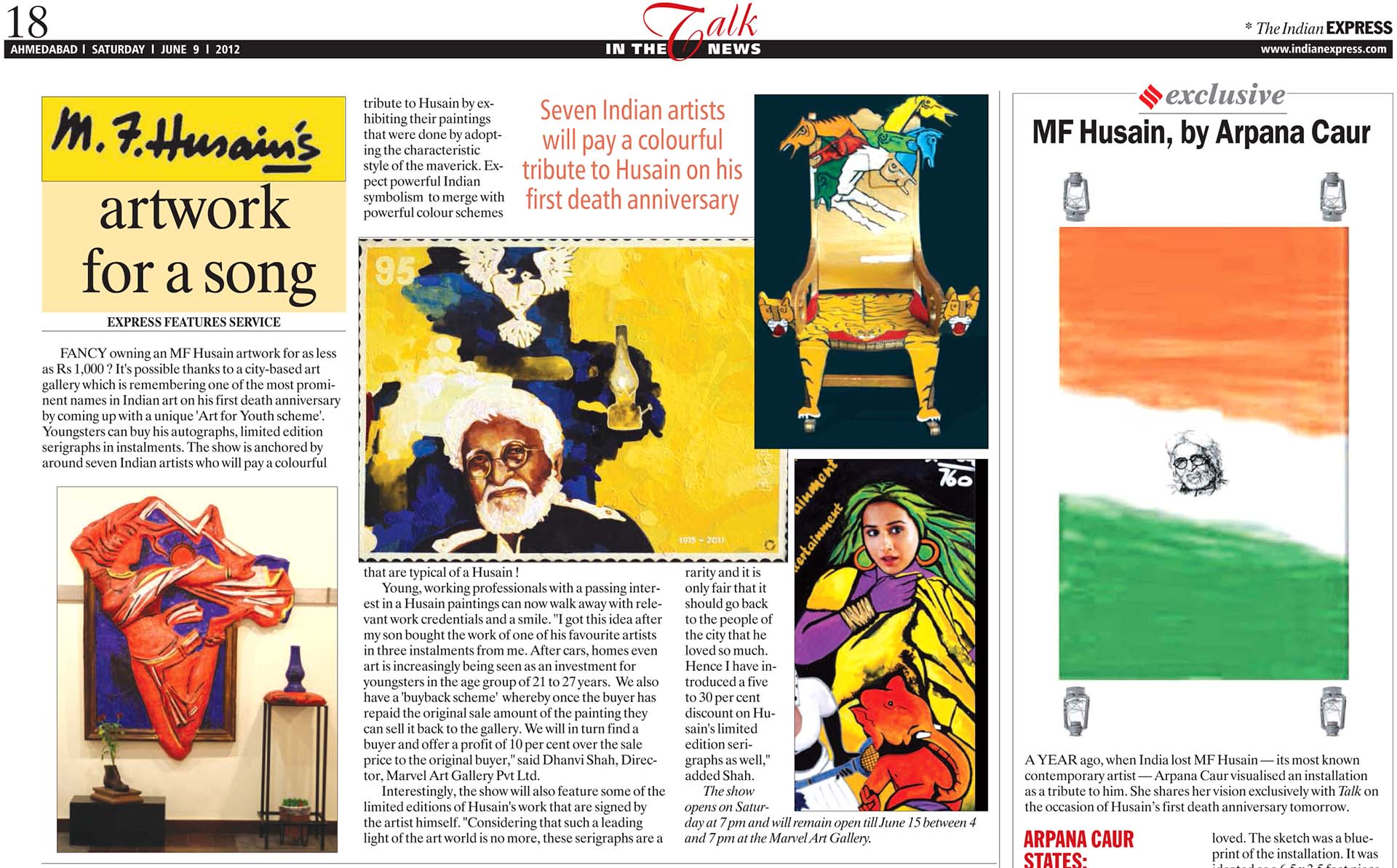 Artwork for a song

FANCY owning an M F Husain artwork for as less as Rs 1,000 ? It’s possible
thanks to a city-based art gallerywhich is remembering one of the
most prominent names in Indian art on his first death anniversary
by coming upwith a unique ‘Art forYouth scheme’. Youngsters can buy his
autographs, limited edition serigraphs in instalments.The showis anchored by
around seven Indian artistswhowill pay a colourful tribute toHusain by exhibiting
their paintings that were done by adopting the characteristic style of themaverick.
Expect powerful Indian symbolism to merge with powerful colour schemes
that are typical of a Husain !

Young,working professionalswith a passing interest in a Husain paintings can now
walk away with relevant work credentials and a smile. “I got this idea after
my son bought thework of one of his favourite artists in three instalments from
me.After cars, homes even art is increasingly being seen as an investment for
youngsters in the age group of 21 to 27 years. We also have a ‘buyback scheme’
whereby once the buyer has repaid the original sale amount of the painting they
can sell it back to the gallery.Wewill in turn find a buyer and offer a profit of 10 per
cent over the sale price to the original buyer,” said Dhanvi Shah,Director,
MarvelArtGallery Pvt Ltd.

Interestingly, the showwill also feature some of the limited editions ofHusain’swork
that are signed by the artist himself. “Considering that such a leading
light of the artworld is nomore, these serigraphs are a rarity and it is only fair that it
should go back to the people of the city that he loved so much. Hence I have introduced
a five to 30 per cent discount on Husain’s limited edition serigraphs as well,”added Shah.
The show opens on Saturday at 7 pm and will remain open till June 15 between 4
and 7 pm at the Marvel Art Gallery.