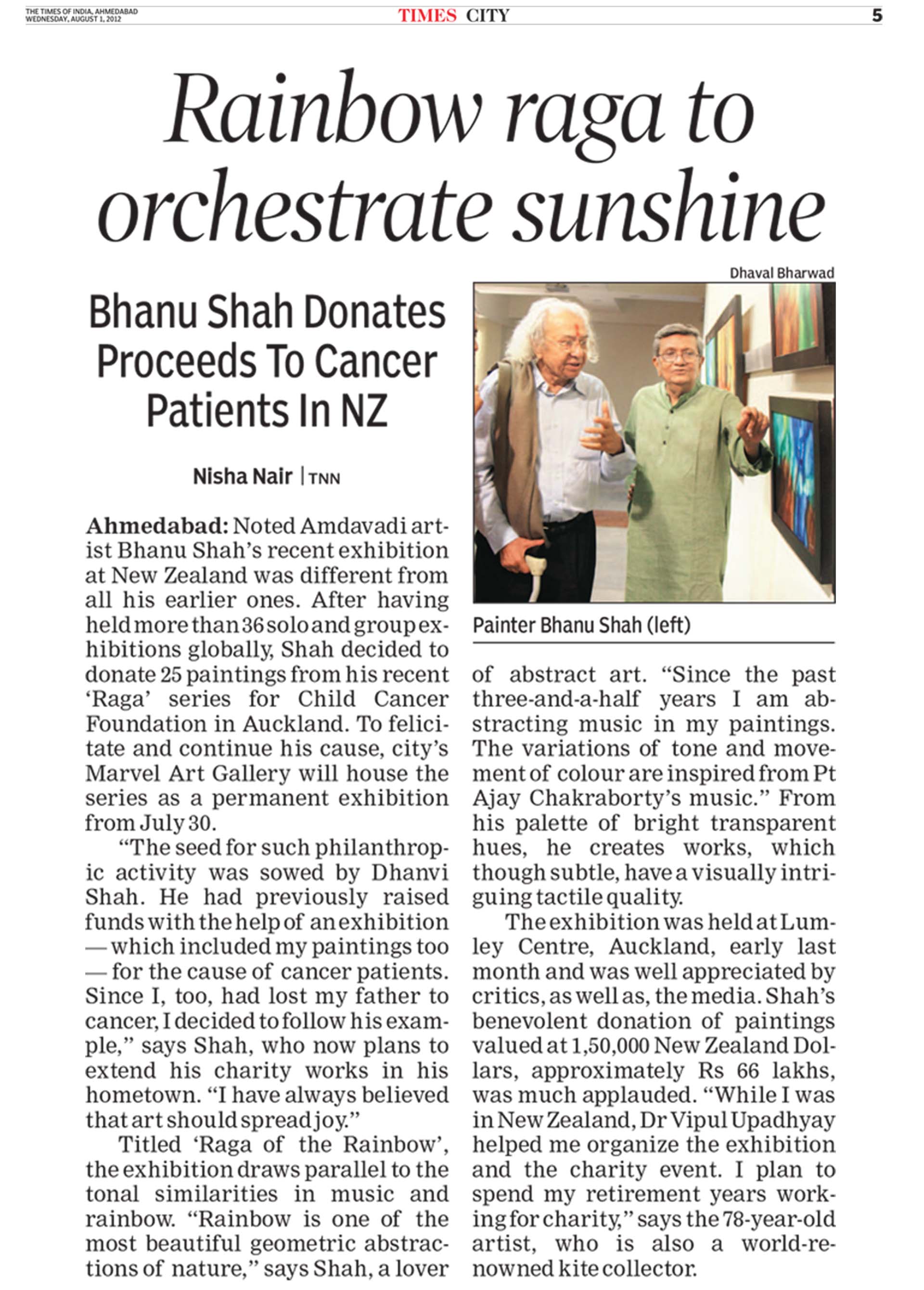 Ahmedabad: Noted Amdavadi artist
Bhanu Shah’s recent exhibition
at New Zealand was different from
all his earlier ones. After having
held more than 36 solo and group
exhibitions globally, Shah decided to
donate 25 paintings from his recent
‘Raga’ series for Child Cancer
Foundation in Auckland. To felicitate
and continue his cause, city’s
Marvel Art Gallery will house the
series as a permanent exhibition
from July 30.

“The seed for such philanthropic
activity was sowed by Dhanvi
Shah. He had previously raised
funds with the help of an exhibition
—which included my paintings too
— for the cause of cancer patients.
Since I, too, had lost my father to
cancer, I decided to follow his example,”
says Shah, who now plans to
extend his charity works in his
hometown. “I have always believed
that art should spread joy.”

Titled ‘Raga of the Rainbow’,
the exhibition draws parallel to the
tonal similarities in music and
rainbow. “Rainbow is one of the
most beautiful geometric abstractions
of nature,” says Shah, a lover
of abstract art. “Since the past
three-and-a-half years I am abstracting
music in my paintings.
The variations of tone and movement
of colour are inspired from Pt
Ajay Chakraborty’s music.” From
his palette of bright transparent
hues, he creates works, which
though subtle, have a visually intriguing
tactile quality.

The exhibition was held at Lumley
Centre, Auckland, early last
month and was well appreciated by
critics, as well as, the media. Shah’s
benevolent donation of paintings
valued at 1,50,000 New Zealand Dollars,
approximately Rs 66 lakhs,
was much applauded. “While I was
in New Zealand, Dr Vipul Upadhyay
helped me organize the exhibition
and the charity event. I plan to
spend my retirement years working
for charity,” says the 78-year-old
artist, who is also a world-renowned
kite collector.