Of faces and conversation 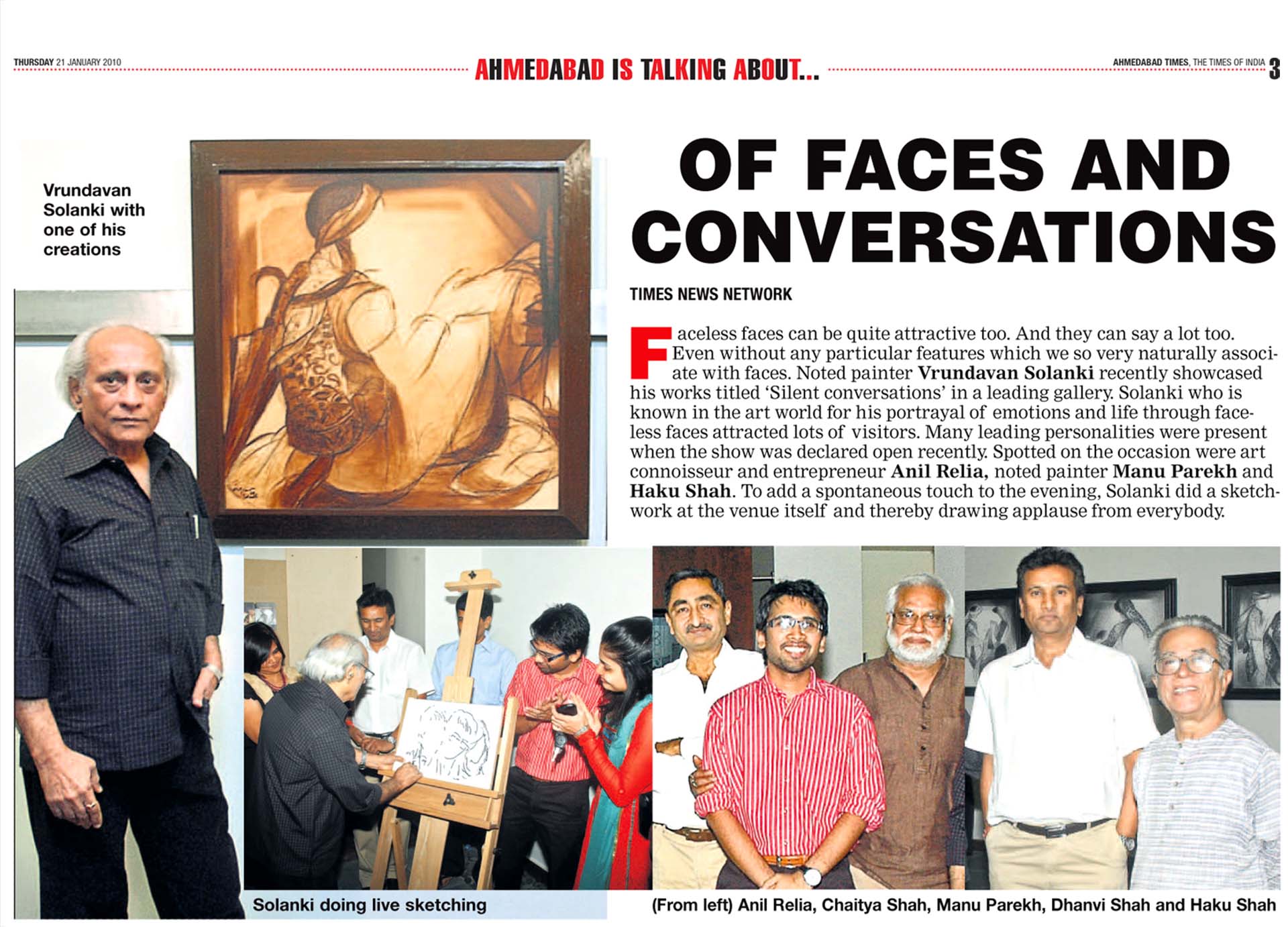 OF FACES AND CONVERSATIONS

Faceless faces can be quite attractive too. And they can say a lot too.
Even without any particular features which we so very naturally associate
with faces. Noted painter Vrundavan Solanki recently showcased
his works titled ‘Silent conversations’ in a leading gallery. Solanki who is
known in the art world for his portrayal of emotions and life through faceless
faces attracted lots of visitors. Many leading personalities were present
when the show was declared open recently. Spotted on the occasion were art
connoisseur and entrepreneur Anil Relia, noted painter Manu Parekh and
Haku Shah. To add a spontaneous touch to the evening, Solanki did a sketchwork
at the venue itself and thereby drawing applause from everybody.