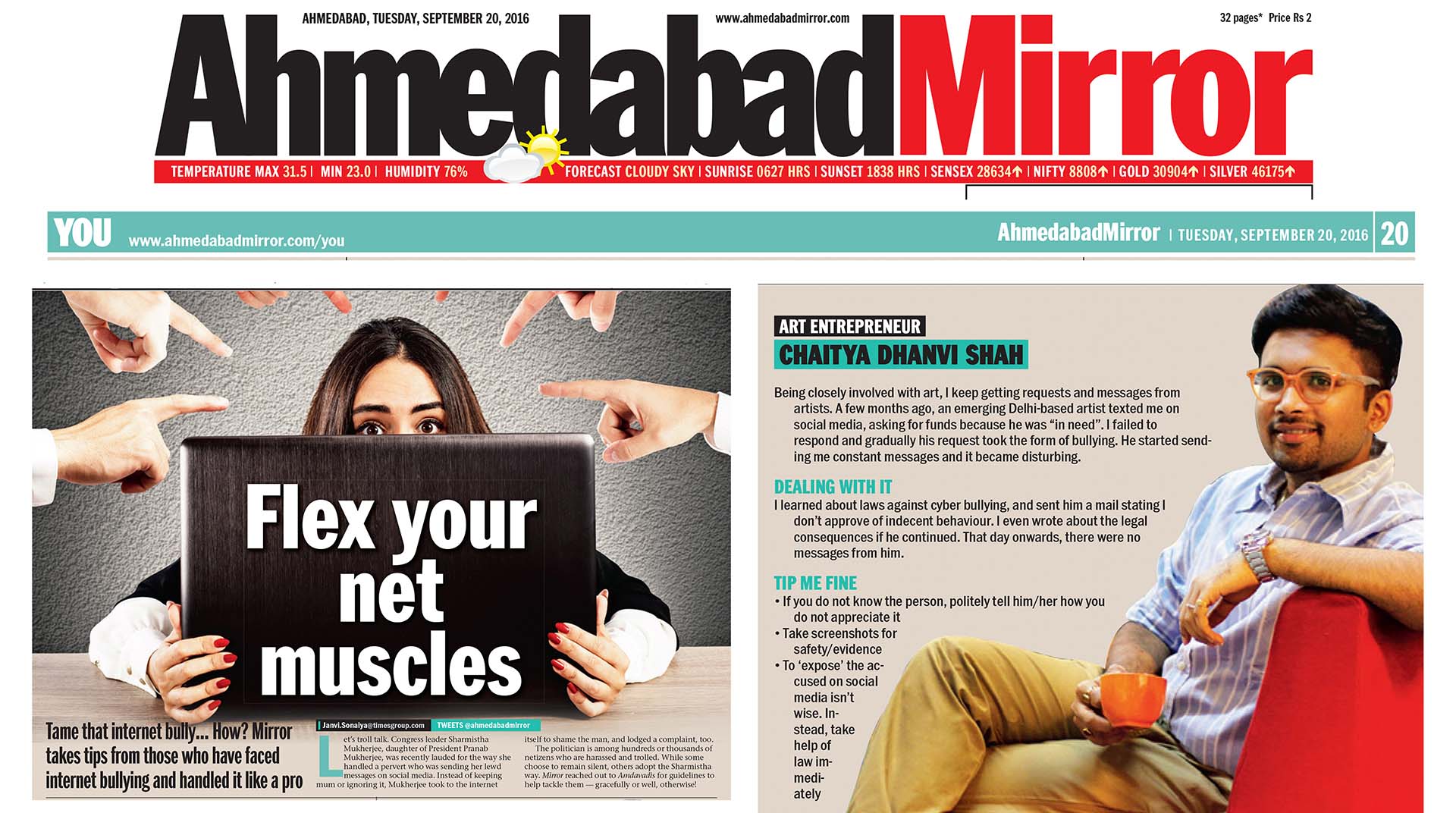 Let’s troll talk. Congress leader Sharmistha Mukherjee, daughter of
President Pranab Mukherjee, was recently lauded for the way she
handled a pervert who was sending her lewd messages on social
media. Instead of keeping mum or ignoring it, Mukherjee took to the internet
itself to shame the man, and lodged a complaint, too. The politician is among
hundreds or thousands of netizens who are harassed and trolled. While
some choose to remain silent, others adopt the Sharmistha way. Mirror
reached out to Amdavadis for guidelines to help tackle them — gracefully
or well, otherwise!

CHAITYA DHANVI SHAH
Being closely involved with art, I keep getting requests and messages from
social media, asking for funds because he was “in need”. I failed to
respond and gradually his request took the form of bullying. He started sending
me constant messages and it became disturbing.

DEALING WITH IT
I learned about laws against cyber bullying, and sent him a mail stating I
don’t approve of indecent behaviour. I even wrote about the legal
consequences if he continued. That day onwards, there were no
messages from him.

TIP ME FINE
do not appreciate it media isn’t wise. Instead, take help of
law immediately.