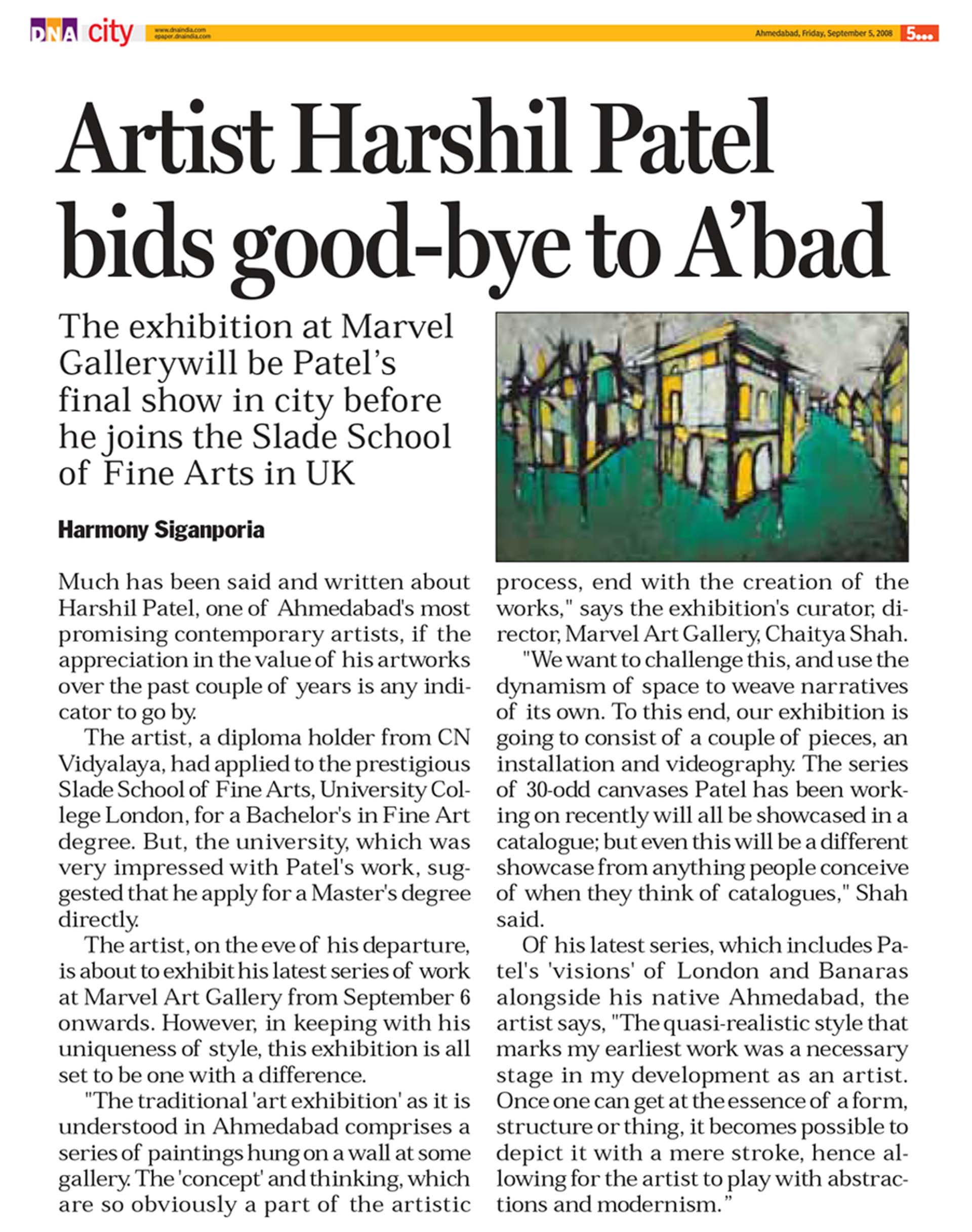 Much has been said and written about Harshil Patel, one of
Ahmedabad’s most promising contemporary artists, if the
appreciation in the value of his artworks over the past couple
of years is any indicator to go by.

The artist, a diploma holder from CN Vidyalaya, had applied to
the prestigious Slade School of Fine Arts, University College
London, for a Bachelor’s in Fine Art degree. But, the university,
which was very impressed with Patel’s work, suggested that he
apply for a Master’s degree directly.

The artist, on the eve of his departure, is about to exhibit his latest
series of work at Marvel Art Gallery from September 6 onwards.
However, in keeping with his uniqueness of style, this exhibition
is all set to be one with a difference.

“The traditional ‘art exhibition’ as it is understood in Ahmedabad
comprises a series of paintings hung on a wall at some gallery.
The ‘concept’ and thinking,which are so obviously a part of the artistic
process, end with the creation of the works,” says the exhibition’s
curator, director, Marvel Art Gallery, Chaitya Shah.

“We want to challenge this, and use the dynamism of space to weave
narratives of its own. To this end, our exhibition is going to consist of
a couple of pieces, an installation and videography. The series of 30-odd
canvases Patel has been working on recently will all be showcased in a
catalogue; but even this will be a different showcase from anything
people conceive of when they think of catalogues,” Shah said.

Of his latest series,which includes Patel’s ‘visions’ of London and Banaras
alongside his native Ahmedabad, the artist says, “The quasi-realistic style
that marks my earliest work was a necessary stage in my development as
an artist. Once one can get at the essence of a form, structure or thing, it
becomes possible to depict it with a mere stroke, hence allowing for the
artist to play with abstractions and modernism.”