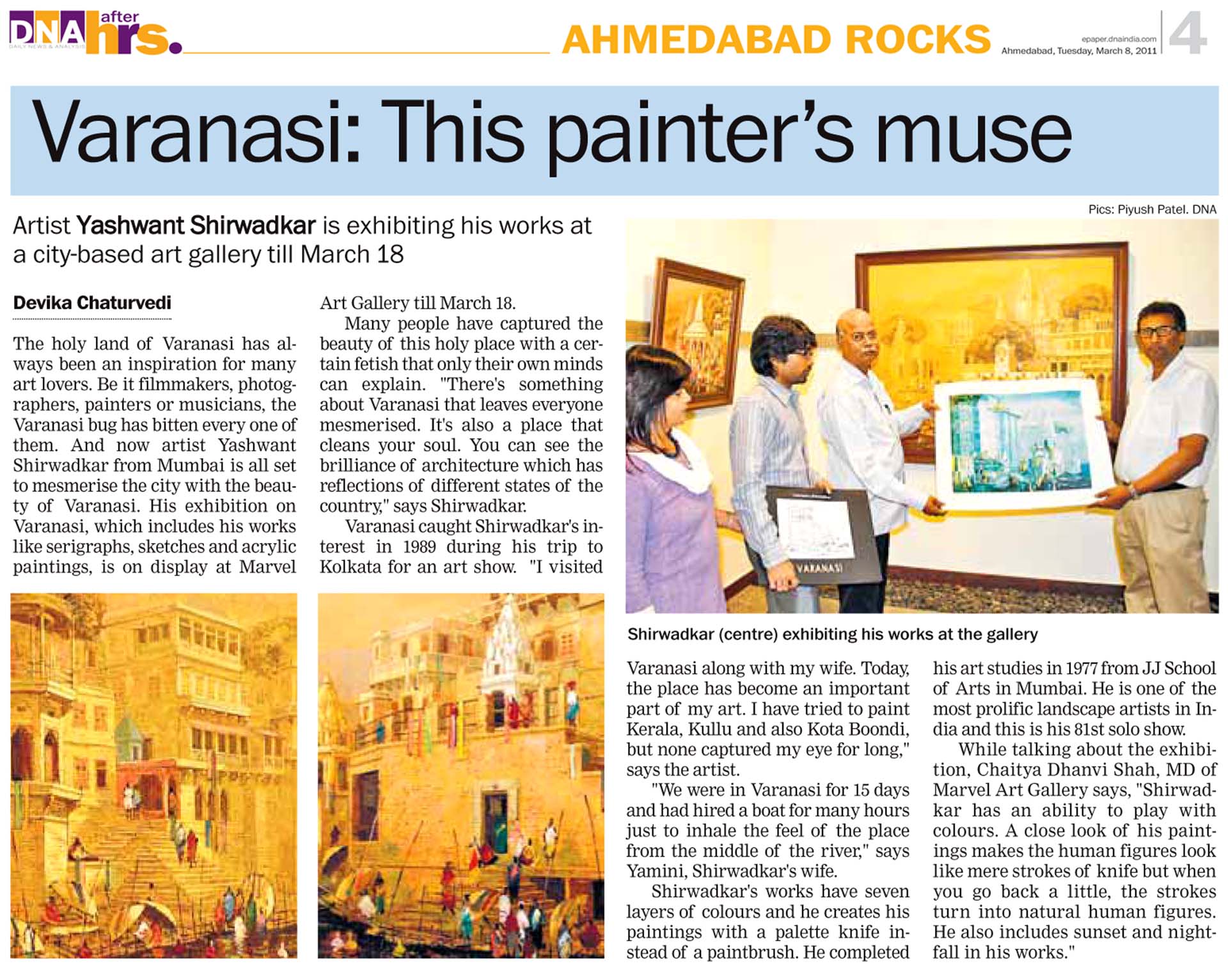 The holy land of Varanasi has always been an
inspiration for many art lovers. Be it filmmakers,
photographers, painters or musicians, the
Varanasi bug has bitten every one of them. And
now artist Yashwant Shirwadkar from Mumbai is
all set to mesmerise the city with the beauty
of Varanasi. His exhibition on Varanasi, which
includes his works like serigraphs, sketches and
acrylic paintings, is on display at Marvel Art Gallery
till March 18.

Many people have captured the beauty of this holy
place with a certain fetish that only their own minds
can explain. “There’s something about Varanasi that
leaves everyone mesmerised. It’s also a place that
cleans your soul. You can see the brilliance of
architecture which has reflections of different states
of the country,” says Shirwadkar.

Varanasi caught Shirwadkar’s interest in 1989 during
his trip to Kolkata for an art show. “I visited Varanasi
along with my wife. Today, the place has become an
important part of my art. I have tried to paint Kerala,
Kullu and also Kota Boondi, but none captured my
eye for long,” says the artist.

“We were in Varanasi for 15 days and had hired a
boat for many hours just to inhale the feel of the place
from the middle of the river,” says Yamini, Shirwadkar’s
wife.

Shirwadkar’s works have seven layers of colours and he
creates his paintings with a palette knife instead of a paintbrush.
He completed his art studies in 1977 from JJ School of Arts in
Mumbai. He is one of the most prolific landscape artists in India
and this is his 81st solo show.

While talking about the exhibition, Chaitya Dhanvi Shah, MD of
Marvel Art Gallery says, “Shirwadkar has an ability to play with
colours. A close look of his paintings makes the human figures
look like mere strokes of knife but when you go back a little, the
strokes turn into natural human figures. He also includes sunset
and nightfall in his works.”