The first is the best 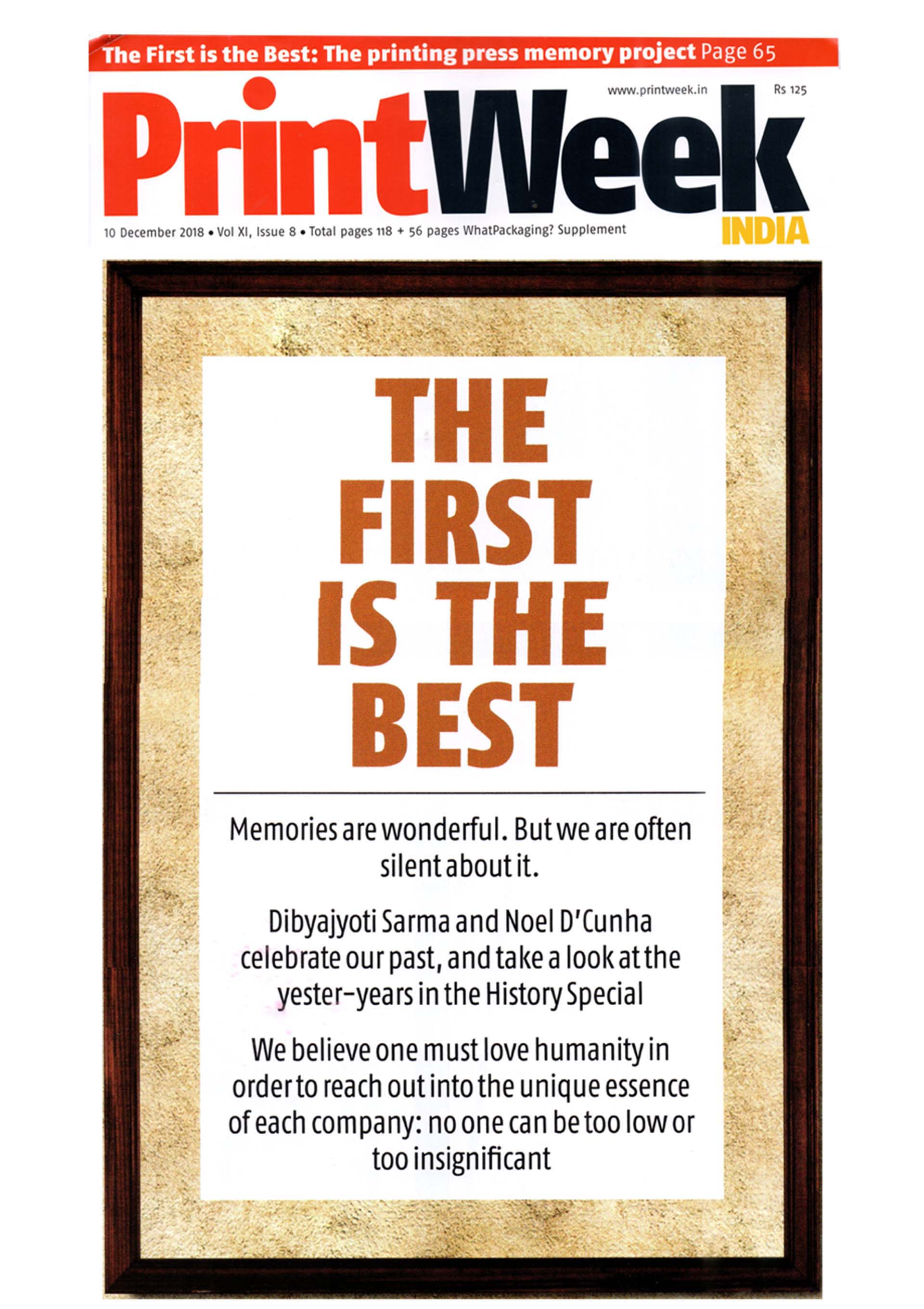 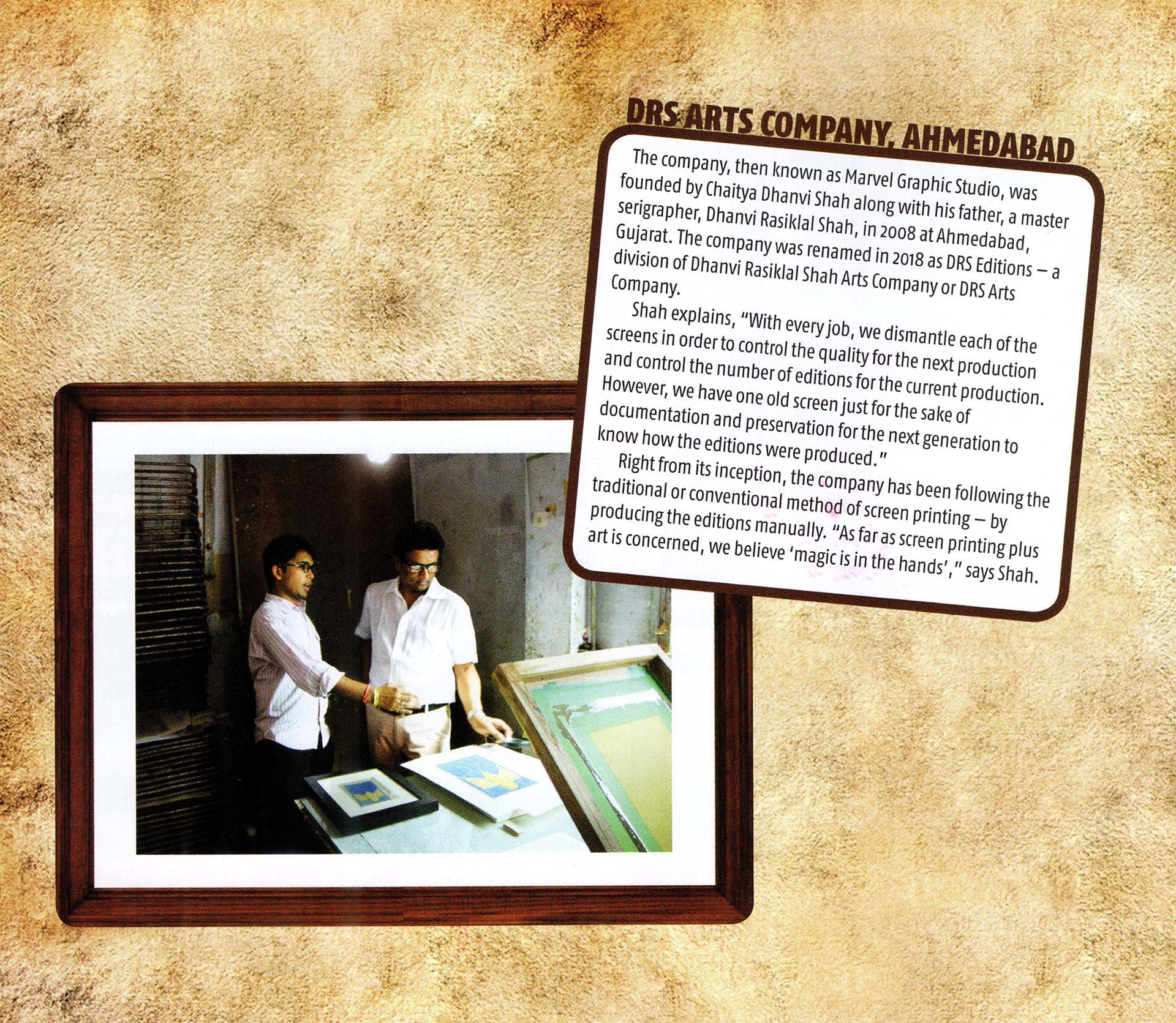 THE FIRST IS THE BEST

Memories are wonderful. But we are often silent about it.

Dibyajyoti Sharma and Noel D’Cunha celebrate our past, and take
a look at the yester-years in the History Special

We believe one must love humanity in order to reach out into the
unique essence of each company: no one can be too low or too
significant

The company, then known as Marvel Graphic Studio, was founded
by Chaitya Dhanvi Shah along with his father, a master serigrapher,
Dhanvi Rasiklal Shah, in 2008 at Ahmedabad, Gujarat. Th company
was renamed in 2018 as DRS Editions – a division of Dhanvi Rasiklal
Shah Arts Company or DRS Arts Company.

Shah explains,”With every job, we dismantle each of the screens in
order to control the quality for the next production and control the
number of editions for the current production. However, we have one
old screen just for the sake of documentation and preservation for the
next generation to know how the editions were produced.”

Right from its inception, the company has been following the traditional
or conventional method of screen printing – by producing the editions
manually.”As far as screen printing plus art is concerned, we believe
‘magic is in the hands’,” says Shah.