‘Our art is closer to world trends’ 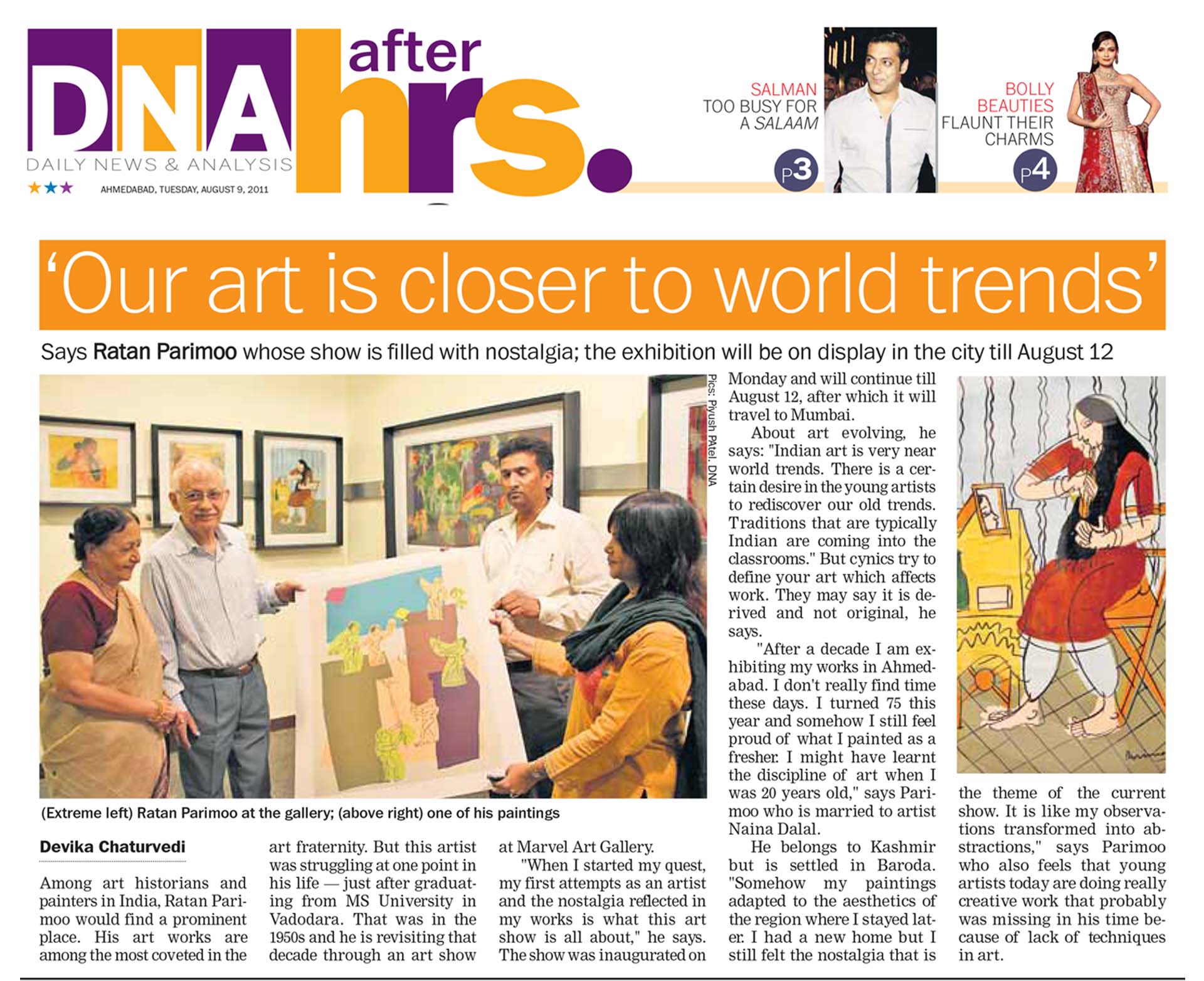 ‘Our art is closer to world trends’

Says Ratan Parimoo whose show is filled with nostalgia; the
exhibition will be on display in the city till August 12

Among art historians and painters in India, Ratan Parimoo
would find a prominent place. His art works are among the
most coveted in the art fraternity. But this artist was struggling
at one point in his life — just after graduating from MS University
in Vadodara. That was in the 1950s and he is revisiting that decade
through an art show at Marvel Art Gallery.

“When I started my quest, my first attempts as an artist and the
nostalgia reflected in my works is what this art show is all about,”
he says. The show was inaugurated on Monday and will continue
till August 12, after which it will travel to Mumbai.

About art evolving, he says: “Indian art is very near world trends.
There is a certain desire in the young artists to rediscover our old
trends. Traditions that are typically Indian are coming into the
classrooms.” But cynics try to define your art which affects work.
They may say it is derived and not original, he says.

“After a decade I am exhibiting my works in Ahmedabad. I don’t
really find time these days. I turned 75 this year and somehow I
still feel proud of what I painted as a fresher. I might have learnt
the discipline of art when I was 20 years old,” says Parimoo who
is married to artist Naina Dalal.

He belongs to Kashmir but is settled in Baroda. “Somehow my paintings
adapted to the aesthetics of the region where I stayed later. I had a new
home but I still felt the nostalgia that is the theme of the current show. It is
like my observations transformed into abstractions,” says Parimoo who
also feels that young artists today are doing really creative work that
probably was missing in his time because of lack of techniques in art.