A talk through paintings 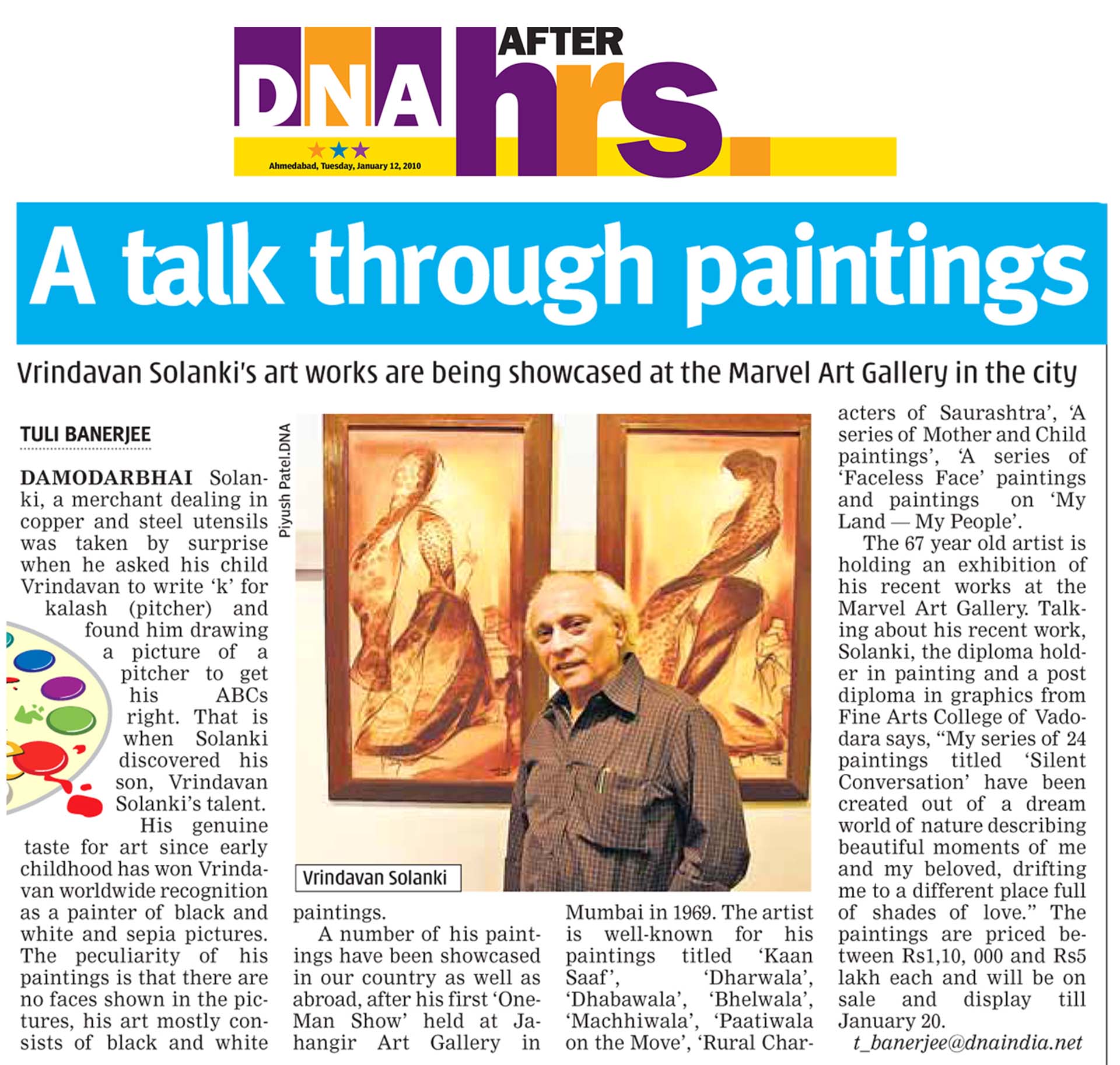 A talk through paintings

DAMODARBHAI Solanki, a merchant dealing in
copper and steel utensils was taken by surprise
when he asked his child Vrindavan to write ‘k’ for
kalash (pitcher) and found him drawing a picture of
a pitcher to get his ABCs right. That is when Solanki
discovered his son, Vrindavan Solanki’s talent. His
genuine taste for art since early childhood has won
Vrindavan worldwide recognition as a painter of black
and white and sepia pictures. The peculiarity of his
paintings is that there are no faces shown in the pictures,
his art mostly consists of black and white paintings.

A number of his paintings have been showcased
in our country as well as abroad, after his first ‘One-
Man Show’ held at Jahangir Art Gallery in
Mumbai in 1969. The artist is well-known for his
paintings titled ‘Kaan Saaf ’, ‘Dharwala’,
‘Dhabawala’, ‘Bhelwala’, ‘Machhiwala’, ‘Paatiwala
on the Move’, ‘Rural Characters of Saurashtra’, ‘A
series of Mother and Child paintings’, ‘A series of
‘Faceless Face’ paintings and paintings on ‘My
Land — My People’.

The 67 year old artist is holding an exhibition of
his recent works at the Marvel Art Gallery. Talking
about his recent work, Solanki, the diploma holder
in painting and a post diploma in graphics from
Fine Arts College of Vadodara says, “My series of 24
paintings titled ‘Silent Conversation’ have been
created out of a dream world of nature describing
beautiful moments of me and my beloved, drifting
me to a different place full of shades of love.” The
paintings are priced between Rs1,10, 000 and Rs
5 lakh each and will be on sale and display till
January 20.